He is an affiliated faculty member of the School of Law of Sciences Po in Paris and the MIDS Masters Program in International Dispute Settlement in Geneva. He is also a visiting professor at the Georgetown Law Center. At Columbia Law School, he founded both the European Legal Studies Center and the Columbia Journal of European Law.

He has been a visiting scholar at the European Commission Legal Service in Brussels; the French Conseil d’Etat; the Max Planck Institute for Foreign Public Law and International Law in Heidelberg, Germany; and Princeton University’s Center for International Studies.

Bermann has a J.D. and a B.A. from Yale University and an LL.M. from Columbia Law School. He holds honorary degrees from the Universities of Fribourg in Switzerland and Versailles-St. Quentin in France. 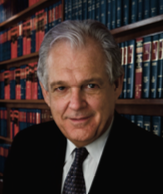