Nations Office of Sport for Development and Peace (New York, USA), the Union of European Football Associations, UEFA (Nyon, Switzerland) and the Sports Division of the Council of Europe (Strasbourg, France). Benjamin regularly intervenes as a speaker for various sports-related university programs worldwide. He is currently completing his PhD (Doctorate Thesis) on International Olympic Sports Governance at the University of Zurich, Switzerland. Previous work experiences include the United. 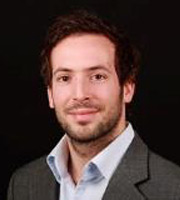