Vince Gennaro, Director of the Master of Science in Sports Management program at Columbia University, is author of Diamond Dollars: The Economics of Winning in Baseball, a consultant to Major League Baseball teams and President of the Society for American Baseball Research (SABR). He is also appears regularly on MLB Network’s studio shows including Clubhouse Confidential, a television show featuring leading edge baseball analytics. Gennaro also founded the Diamond Dollars Case Competition series, which brings students and sports executives together in a forum that allows students to apply their skills to solve real sports business problems. This follows a successful business career, which is highlighted by a 20-year career at PepsiCo, and ownership of a pro sports franchise.

At PepsiCo, Gennaro was President of Pepsi’s Fountain Beverage Division, the general manager of a billion dollar bottling business, and led the world’s leading snack brand, Doritos. An entrepreneurial startup endeavor early in Vince’s career complements his success with a blue chip Fortune 50 company. At the age of 27, he raised capital, led the purchase of a franchise in the Women’s Pro Basketball League — the forerunner of today’s WNBA — and served as its President and General Manager.

Vince’s innovative work in baseball analytics — ranging from player evaluation and the development of new metrics, to placing a dollar value on players — has been the subject of articles in The Wall Street Journal, The New York Times, and CNN Money. He has also written for Yahoo! Sports and contributed to The Wall Street Journal. He is a frequent guest commentator in the media on sports business topics, appearing on the YES Network, CNBC and Bloomberg TV, WFAN radio in NYC, and many other broadcast outlets. 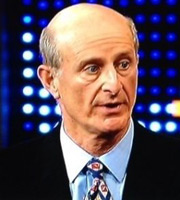