In May 2007 Jeff Gewirtz began his tenure as Senior Vice President and General Counsel for the NBA’s New Jersey Nets and in December 2010 was promoted to Executive Vice President, Business Affairs and Chief Legal Officer. In addition to oversight of all legal affairs for the franchise, now known as the Brooklyn Nets, Gewirtz serves in the same role for Barclays Center, the major sports and entertainment arena in downtown Brooklyn, New York, which opened in September 28, 2012.

In March 2009 Gewirtz was named as a Sports Business Journal FORTY UNDER 40, recognizing the most influential sports business executives in the United States under the age of 40.

Prior to joining the USOC Gewirtz was Counsel — sports & entertainment transactions, marketing and media in The Coca-Cola Company’s Corporate Legal Division. His primary responsibilities at Coca-Cola included the provision of legal counsel on and the structuring and negotiation of the Company’s North American sports marketing and media transactions with professional sports leagues, team, stadiums, arenas, and professional athletes. 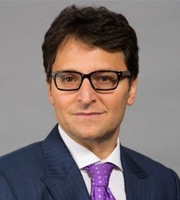