Mr. Luck is the current Executive Vice President of regulatory affairs at NCAA, a new position that will bring the national office regulatory functions – academic and membership affairs, the Eligibility Center and enforcement – under one umbrella.

Mr. Luck oversees the day-to-day operations in all NCAA regulatory functions. In particular, he is charged with developing stronger integration among regulatory staffs, improving efficiency and strengthening relationships with NCAA colleges and universities.

During his tenure at West Virginia as athletics director, Mr. Luck also served on the College Football Playoff selection committee and the Player Safety Advisory Panel for the National Football League. He will continue to serve on the American Campus Communities Board of Directors.

Prior to his position at West Virginia, Luck served as the first president and general manager for the Houston Dynamo, a Major League Soccer club. He also was the chief executive officer for the Harris County-Houston Sports Authority, where he played an instrumental role in financing and oversight of Reliant Stadium and bringing the Houston Texans to the city. An NFL quarterback for the Houston Oilers from 1982 to 1986, Luck was a general manager and vice president for the league before serving as the president of NFL Europe for four years. 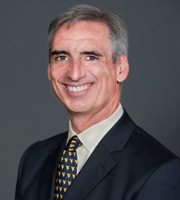