A progressive and established business minded attorney in the sports and entertainment industry, Dan Malasky has recently been appointed as General Counsel and Managing Director of Business Affairs for the USTA’s new USTA National Campus, the “Home of American Tennis”.

In this role, Malasky will help lead the new 102 court, 64 acre, state of the art tennis complex located within the Lake Nona community in Orlando, Florida touted as the largest tennis facility in the world. In addition to his new responsibilities at the Home of American Tennis, Malasky manages the USTA’s day-to-day legal affairs for the largest annually attended sporting event in the world, the US Open, as well as the U.S. Davis and Fed Cup teams, USTA’s participation in the Olympic Games, Pan Am Games, and World Team Cup. Additionally, Malasky is responsible for all legal matters for the USTA’s elite player development program including its three National Training Centers around the country. 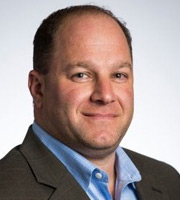