Prior to joining Excel, Mr. Matus served as General Counsel and Chief Ethics Officer of eMagin Corporation (NYSE MKT: EMAN), a developer and manufacturer of OLED microdisplays for military and consumer applications.  From 2007 to 2013, Mr. Matus was an attorney at the international law firm of Sheppard Mullin Richter & Hampton, LLP where he was a member of the Corporate and Securities Practice Group, focusing on clients in the sports, fashion and apparel industries, and from 2000 to 2007 he was an attorney at the international law firm of Weil Gotshal & Manges, LLP, where he served as a member of the Mergers & Acquisitions team in the firm’s Corporate Practice Group, representing clients such as General Electric Capital Corporation, Enron, CBS Corp. and Hollywood Media Corp. in mergers, acquisitions, divestitures, restructurings and similar corporate transactions. 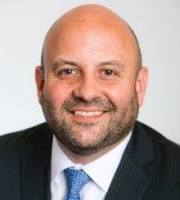