Jeffrey A. Mishkin joined the New York office of Skadden, Arps on January 1, 2000, after serving as executive vice president and chief legal officer of the National Basketball Association for seven years.

His practice centers on all aspects of sports law and includes antitrust, intellectual property, labor and a wide range of trial and appellate business litigation. For many years, he has represented the NBA as its chief outside counsel.

As executive vice president and chief legal officer, Mr. Mishkin oversaw every aspect of the NBA’s legal affairs, including all litigation, labor relations, commercial transactions, legislation, and enforcement of the league’s intellectual property rights and its anti-drug program, personally trying and arguing the NBA’s most important cases, including NBA v. Williams (an antitrust and labor law case regarding the NBA’s salary cap); Chicago Professional Sports and WGN v. NBA (an antitrust case involving the league’s national television rights); and NBA v. Motorola (an intellectual property case closely watched across the country concerning the unauthorized transmission via pagers and the Internet of real-time scores and statistics of NBA games). 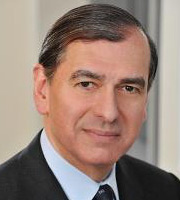