In 2015, Takehiko was recognized by University of Massachusetts, Amherst, Department of Sport Management’s “Alumni-on-the-Rise Award”, designed to honor the achievement of select alumni who graduated five to 10 years ago, and have already made a mark on the industry.

In addition, Nakamura is a lecturer and regular contributor at the Real Madrid Graduate School, Universidad Europea de Madrid’s International MBA Course addressing about entrepreneurship during its academic visits to New York City. He is also one of only two FIFA-licensed Match Agents in Japan and serves MLS as a consultant in the Asian market. 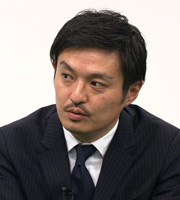