Mr. Bill Ordower serves as Senior Vice President and General Counsel at Major League Soccer, LLC. Mr. Ordower has significant experience in the areas of broadcast and new media. He has been involved in every national and local broadcast agreement and has supported all MLS and SUM digital initiatives, including the re-launch of MLSsoccer.com in 2010.

His responsibilities also include developing and managing the trademark strategy for the League and its 19 clubs. He has been actively involved in a flurry of expansion activity, with the League expanding to Philadelphia in 2010, Portland and Vancouver in 2011 and Montreal in 2012. He also played a leading role in the finalization of a new five-year collective bargaining in 2010. He has spent the majority of his professional career with MLS and SUM.

He has been working at the League office since 1997, its second season. He worked in the Operations Department and the Player Department, where he negotiated hundreds of MLS player contracts. Mr. Ordower created, and continues to manage, the League’s Substance Abuse and Behavioral Health Program, one of the most comprehensive and forward-thinking programs in professional sports. Prior to joining MLS, he worked with tennis and basketball agents at ProServ, Inc. in Arlington, Virginia. Mr. Ordower earned his law degree in 1996 from The George Washington University Law School in Washington, D.C. He is admitted to practice in New York and Massachusetts. Mr. Ordower graduated from Boston University, magna cum laude, in 1993, with a Bachelor of Arts degree in English. 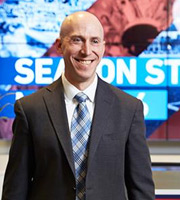