Before starting his career in sports law, Benoit Pasquier worked as a legal counsel for the Swiss global financial services company UBS AG in Zurich. And in 2010 he received his Master’s Degree in International Sports Law from the Instituto Superior de Derecho y Economia (ISDE) in Madrid, Spain in order to fully concentrate on a career in international sports. He then joined the law firm Bicharra & Motta in Rio de Janieiro, Brazil that specializes in sports law, where he was able to focus on the drafting of football transfer agreements, legal consultation in disciplinary and doping issues and in dispute resolution and arbitration particularly before the Court of Arbitration for Sports in Lausanne, Switzerland.

In 2011 Benoit returned to Switzerland to join the Legal Affairs department of the governing body of football, FIFA in Zurich. He was appointed Deputy Secretary to the FIFA Disciplinary Committee and Ethics Committee where he was tasked with management of disciplinary and ethics cases emanating from football associations. He was also assigned with on-site management of disciplinary and doping cases during international FIFA tournaments.
Benoit became the General Counsel & Director of Legal Affairs Director of Legal Affairs of the Asian Football Confederation (AFC), based in Kuala Lumpur in 2015, where he oversees an in-house team of lawyers providing legal counsel and support to the organization in commercial and corporate law as well as disciplinary and regulatory matters in addition to doping and good governance encompassing its 47 member associations. 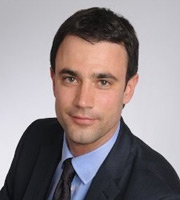