Sean C. Sansiveri serves as Vice President of Business and Legal Affairs for the National Football League Players Association in Washington, D.C. In that role Mr. Sansiveri manages various legal and business initiatives, including negotiating with the NFL and licensees such as Electronic Arts, NIKE, Topps, Panini, and others. Mr. Sansiveri also leads the NFLPA’s health and safety initiatives.

Most recently, Mr. Sansiveri directed the NFLPA’s efforts to implement standardized protocols governing the evaluation and management of concussions, which resulted in the development of team-specific emergency action plans and the utilization of independent concussion experts on the sidelines of all NFL games. Mr. Sansiveri also manages the union’s medical research efforts which include a long-term research partnership with Harvard University and Harvard Medical School.

Prior to joining the NFLPA, Mr. Sansiveri served as legal counsel to the AFL-CIO. Before his work in sports and labor, Mr. Sansiveri practiced at Saul Ewing LLP where he counseled clients in a variety of practice areas, including general corporate and commercial law, intellectual property law, venture capital and private equity investments.

Mr. Sansiveri is an adjunct professor for Georgetown University, School of Continuing Studies. 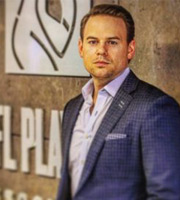