Since 2005, he is acting as Senior Manager of Legal Affairs for the World Anti-Doping Agency (WADA) in Montreal (Quebec), Canada.
Before joining WADA, Julien Sieveking worked for seven years for the Union of European Football Associations (UEFA) as Secretary of the disciplinary bodies.
He has also worked in major sports or sports-related events such as the European Football Championship (EURO), the Tour de France (cycling), and the FINA World.
Multilingual Swiss lawyer with a bachelor’s degree from the University of Lausanne; he is specialized in sports law, in particular in sports litigation, whether before the internal bodies of the sports organizations or before the Court of Arbitration for Sport. 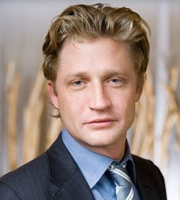