Prior to her current role, Vered was previously Associate Team Counsel for the Boston Celtics. Prior to joining the Celtics, she ran her own Los Angeles-based law firm for over five years where she represented clients ranging from an NBA team, to a BCS Bowl, to a minor league baseball league on insurance matters and a variety of transactional matters. Prior to that, she was an Associate in the Los Angeles office of a national law firm, where she co-founded the firm’s Sports Insurance Initiative.

Yakovee has taught the Sports Law course at Boston College Law School, several different Sports Law courses at her alma mater, USC Law, taught International Business Law and coached the men’s basketball team at Dimitris Perrotis College in Thessaloniki, Greece, and served as the founding faculty advisor for the USC Sports Law Society. Since 2014, Yakovee is the Secretary and a Director for the Sports Lawyers Association (“SLA”), was a Governor of the ABA Forum on the Entertainment and Sports Industries (the “Forum”) from 2007 until 2016, during which time she served first as Editor-in-Chief of the Forum’s journal, the Entertainment & Sports Lawyer, and then as Chair of the Forum’s Sports Division.

Her 12 legal articles are published in Los Angeles Lawyer, Sports Litigation Alert, The Hollywood Reporter, Esq., and the Entertainment & Sports Lawyer. She was named one of Southern California’s Super Lawyers Rising Stars by the publishers of Law & Politics and Los Angeles Magazine in 2008, 2009, 2010, 2011, 2012, and 2013. 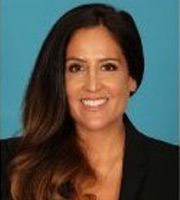