Previously, Dan worked in politics. First as a lobbyist before becoming the Economics and Manufacturing Policy Advisor for the Manufacturing, Science and Finance trade union. Advising General Secretary, Roger Lyons, across a number of policy briefs as well as managing the merger campaign with the AEEU to form Amicus (now part of Unite). 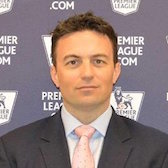