Responsible for the whole territory of Spain, working with all airlines/handling agents in Spain with flights to the UK and with the Spanish Police to disrupt the flow of inadequately documented passengers to the UK.

Operational management of this worldwide network of Airline Liaison Officers whose aim was to disrupt the flow of inadequately documented passengers travelling to the UK, but with specific responsibility for the Middle East Region.

Managing the immigraton operation of the busiest airport terminals in the world.

One of 3 CIOs leading the Assistant Immigration Officer team, reviewed the role of the AIOs and implemented changes to improve job satisfaction, dealt with disciplinary matters and negotiated with local Union representatives..

Part of a team of 3 selected to design and deliver a new Training for Trainers course which became mandatory for all staff delivering in-house training and to outside stakeholders.

Undertook a technical review of the training methodologies used and presented papers on Core Competence Methodology which was further developed and used in the Annual Reporting mechanism and the generic Core Competency Framework.

Assistant Director of the production of a training video aimed at airlines, involving everything from auditioning professional actors and directing/editing the video 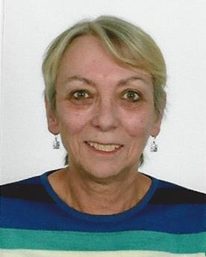