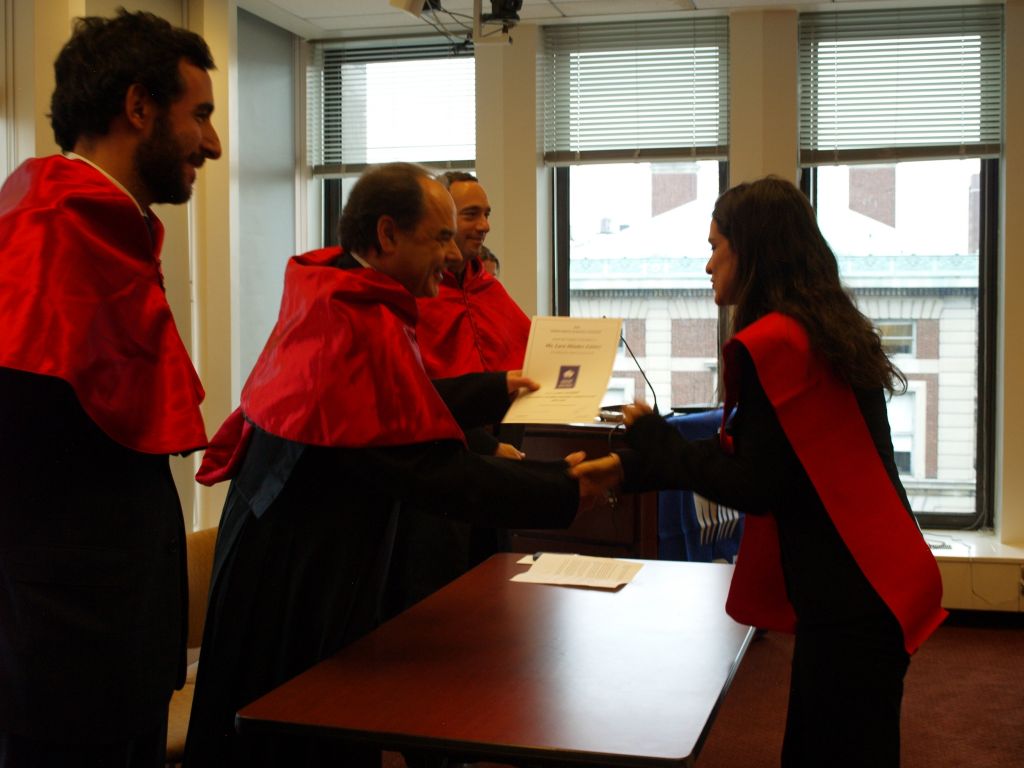 During American Law Week, students attended various morning lectures at Columbia University, which were complemeneted with visits to leading law firms. Accordingly, students had the opportunity to observe first hand how American law works, thanks to members of law firms who gave them advice on their experience and careers, such as Jeffrey Mishkin and Anthony Dreyer (heads of the Sports Law and Arbitration Division of Skadden Arps); Gary Gertzog (head of NFL’s Legal Department, Senior VP of Business Affairs and General Counsel, NFL), and the professors of different Sports Law programmes at ISDE in Madrid and New York.

To conclude what was a hectic week for the students of the Masters in International Law programme, they attended their graduation ceremony at Columbia University School of Law Campus, New York. The ceremony was officiated by ISDE’s Executive Committee, headed by Jorge Pintó, President of ISDE; Juan José Sánchez Puig, Director of ISDE; and Eric Wertzer, Senior Director of Columbia University’s International Programmes.

In addition, the ceremony was attended by numerous academic and institutional collaborators such as Sylvia T. Polo, Dean of Graduate Legal Studies, Columbia Law School; and Gemma Cortijo, Executive Director of the Spanish Chamber of Commerce in New York.