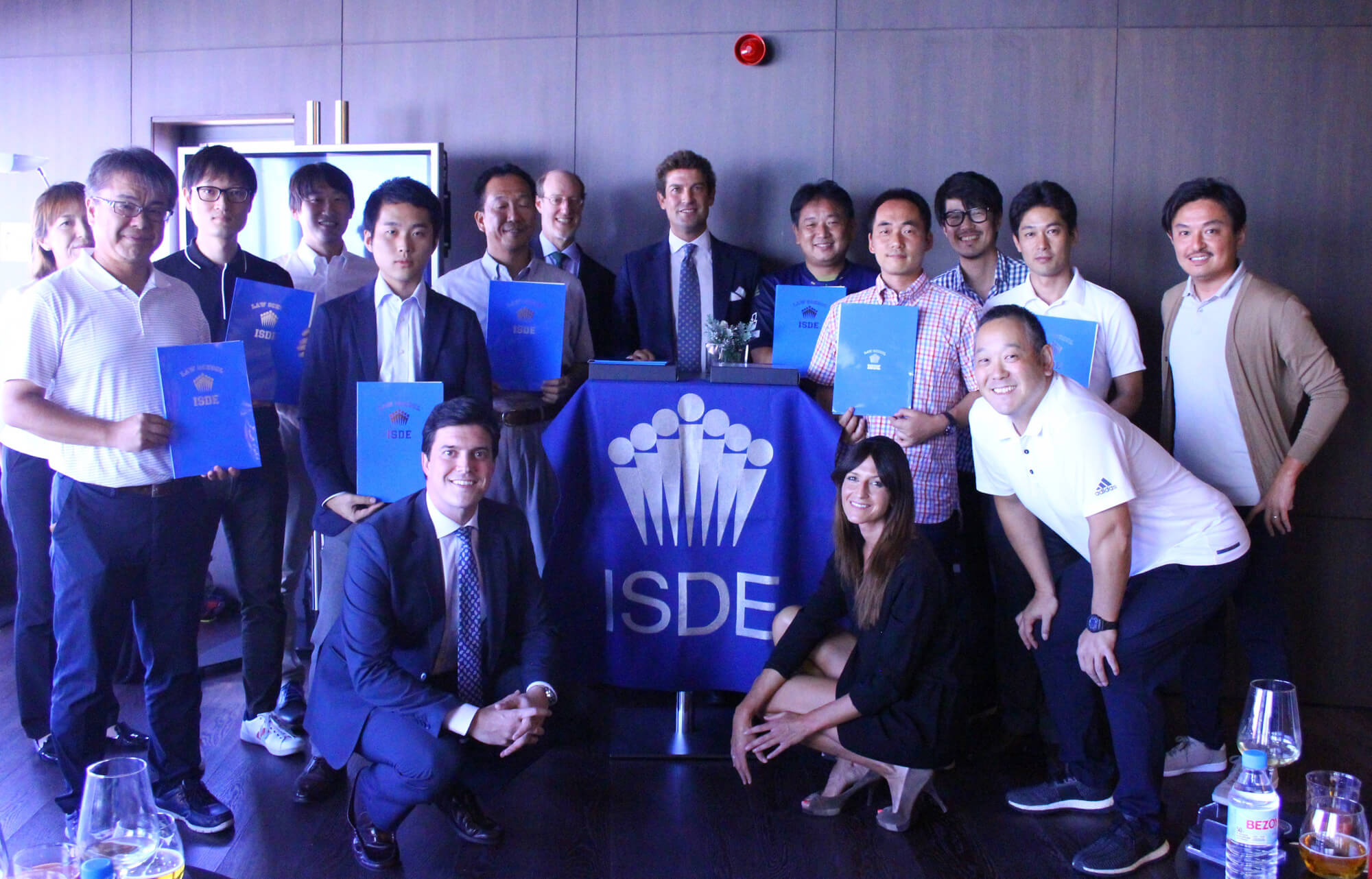 The 1st edition of the ‘Course in Spanish Football Management’, jointly organized by ISDE and the Professional Japanese Football League (“JLeague“), was successfully held last week in the cities of Madrid and Barcelona, being specifically aimed at Japanese students.

Closing ceremony of the ‘Course in Spanish Football Management’.

In the framework of this program, students had the opportunity to visit some of the main sports institutions and Spanish football clubs: LaLiga, FC Barcelona, ​​Real Madrid CF, the Miniestadio Cerro del Espino (Sport City of Club Atlético of Madrid) and the Alcorcón Sports Association. Students were able to learn first-hand the operation of Spanish football industry, both from the perspective of these clubs and the Professional Football League, and directly from their directors and main representatives.

JLeague students during their visit to the premises and Museum of FC Barcelona, guided by Jordi Penas i Babot, Director of FC Barcelona Museum (in the center of the picture).

Additionally, this program included tickets for 1st and 2nd division football matches such as Real Madrid vs Valencia, FCB B vs Tenerife and Rayo Majadahonda vs Adarve  ‘Copa del Rey’ in order studentes could attend and enjoy these games.

Therefore, in this way, the relationship with JLeague, which originally emerged from the ISDE’s international expansion plans and academic alliances policy, has been clearly reinforced. We recall that among these international plans, ISDE also has educational cooperation agreements with other Asian countries such as India and China.

Organizers and students expressed ISDE their satisfaction and sincere gratitude and emphasized their desire to repeat the experience promptly and continuing to strengthen the partnership between both institutions.