The event , organized by the director of the Spanish Chamber of Commerce in New York, Cortijo Gemma was developed to coincide with the meeting of world leaders at the UN. 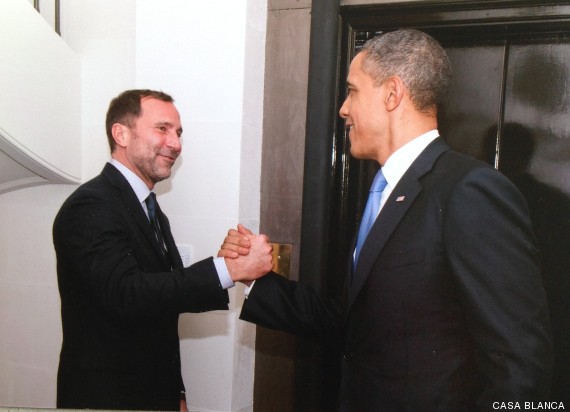 Grupo Difusión President, Mr. Alejandro Pintó and ISDE’s Executive Director, Mr. Juan José Sánchez Puig, attended in New York, the meeting and gala dinner organized by the American Ambassador in Spain, James Costos. The event was attended by numerous personalities as well as the President of the Spanish Chamber of Commerce in the city of skyscrapers, Xavier Ruiz; its Executive Director, Gemma Cortijo; the Delegate of the Basque Government in the United States, Ander Caballero; and lawyers from prestigious firms such as Clyde & Co, Baker & McKenzie, Garrigues, Cuatrecasas, etc.

ISDE has, for the past two years its own headquarters in New York, in the iconic Empire State Building in Manhattan. Besides academic activities carried out in its two national campuses in Barcelona and Madrid, the prestigious law school began long ago its international expansion. It is currently present in Central America in the Mexican city of Guadalajara, in the State of Jalisco. It has recently inaugurated facilities in the Bolivian city of Santa Cruz de la Sierra.

In New York, ISDE imparts a program targeted exclusively to the American market, LL.M. in International and Comparative Sports Law for Attorneys American and foreign, together with St. John’s University, there have been several editions.

Furthermore, in collaboration with the prestigious Columbia University, ISDE organizes the Master in International Law, which takes place in Madrid and New York. In the Big Apple, ISDE also provides the Legal and Business English Course.

This year, ISDE has also reached an agreement with the University of Florida to offer the Master in International Taxation, which will be held in the capital of Spain and Miami, and also has the support of the renowned University Carlos III of Madrid.

The center also has relations with the famous University of Cambridge, UK, where students of the Master in International Sport Law and other legal professionals who wish to do so, can participate every year in the Sports Law Course, at Wolfson College in this British university.

These initiatives from ISDE come in to accelerate its international growth, which has been recognized in recent years by the prestigious British business newspaper Financial Times, which has included ISDE in the ranking of the best law schools in the world. ISDE is the Spanish institution with the most referenced programs in this global ranking compiled by FT programs.