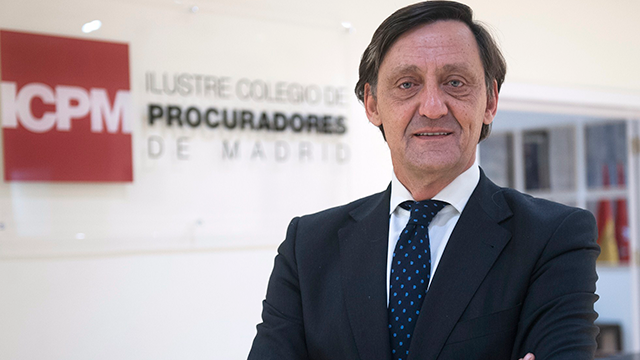 ISDE professor Gabriel Mª de Diego Quevedo has taken office as dean of the Illustrious College of Solicitors of Madrid (ICPM), as well as the members of the Governing Board of the institution.

After swearing in office, De Diego assured that “this is a new stage for the Solicitors.” Justice does not have colors: it is just justice. Then, Yolanda Ibarrola, Director General of Justice of the Community of Madrid, defined the prosecutors as “the stable couple you want to have by your side,” and expressed her “joy at the outcome of the elections held, fruit not only of the program, but also of the work already shown.” Ibarrola ended her speech recognizing the start-up of the ICPM’s Procedural Representation Service.