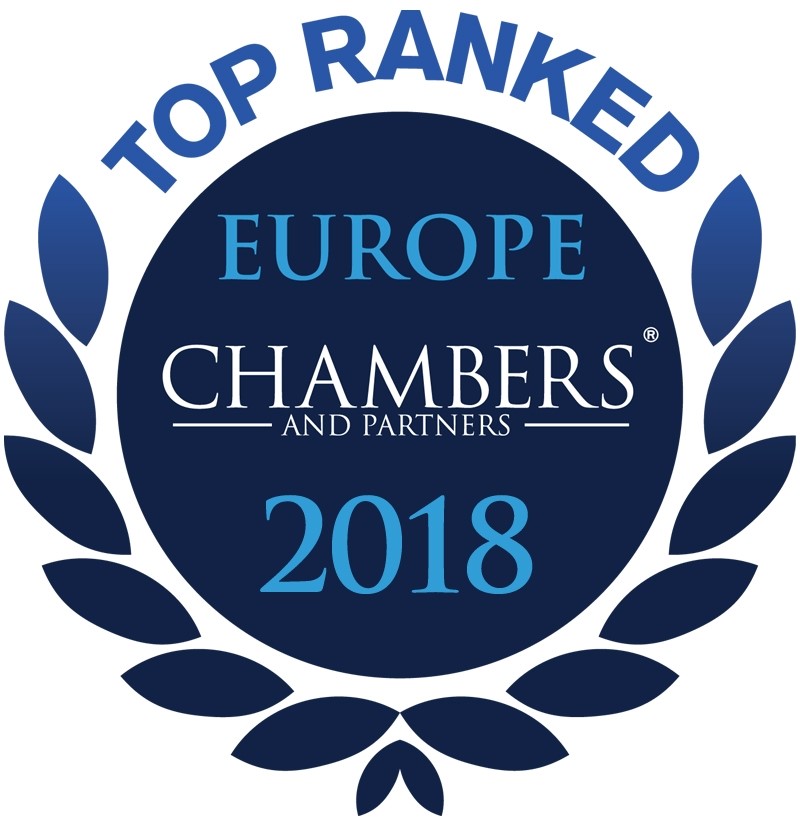 Prestigious Legal Directorate Chambers Europe 2018 has recognized for eight years in a row Pintó lawyer`s office with the Position 1 in the rank in sport law. The firm lead by José Juan Pintó strengthens its recognition among Spanish lawyer´s offices and its expertise in sports law, IP, refinancing, TMT and conflict resolution.

As Chambers Europe, the lawyer firm is recognized by “its multidisciplinary practice what let to lead legal matters related with sport industry”. José Juan Pintó stand out as one of the eleven most relevant lawyers in Spain for sport legal practice.

Chambers Europe says that legal sources and customers confirm categorically “the first-class reputation of the team in the market”. Also, legal sources admit that José Juan Pintó is “widely considered as one of the biggest experts in sport law, appointed frequently as arbitrator in TAS disputes and his activity includes disputes in football and athletic areas”.