ISDE becomes the first Spanish “partner” of the prestigious Columbia University to jointly impart a double full time official master in the city of New York.

ISDE, a national and international reference in legal training, has sealed a partnership with Columbia University to launch a Master program in international sport management and law. 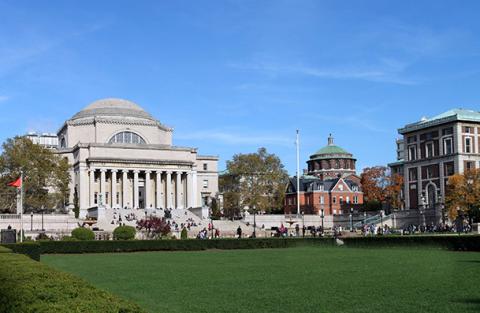 ISDE (Instituto Superior de Derecho y Economía) continues its international expansion and has sealed a partnership with Columbia University in New York. The aim of this agreement is to create a joint program that will include training in law and management. On the one hand, the Spanish Law School will handle all the lecturing modules of legal content, based on the program it already imparts in New York on Sports Law, while Columbia will provide the modules of business management. The MBA of this university ranks as the sixth best in the world, according to the latest ranking compiled by the Financial Times.

Unlike what occurs in the case of business schools, in the legal field, American universities have proven reluctant to sign alliances with European institutions to develop joint programs. In fact, ISDE and Columbia have been collaborating for nearly four years in the Master in International Law, Foreign Trade & International Relations, developed by the Spanish Institution and has served as a contact point for talks.

The importance of this new agreement is the degree of collaboration, since both institutions are partners as equals in the new program. Although each will be responsible for their areas of expertise, both will market the program and share the responsibility for the success of this initiative.

Therefore, students who participate in this master will receive a double degree valid in both Spain and the United States because it is issued by Columbia and ISDE.

This agreement will also oblige the Spanish Law School to rethink its training activity in the Big Apple, where it has been present for three years offering a Master’s Degree in Sports Law in collaboration with the University of St. John’s, located in the borough of Queens in New York. However, in this case, although the course was taught on the campus of the institution, the entire program development was ISDE´s responsibility, there was a shared degree, as will now happen with Columbia.

According to Juan José Sánchez Puig, Director of the ISDE “For us it is a privilege to be the first Spanish school to impart a Double full time Master Degree with Columbia and this, besides being a milestone, implies a responsibility in contributing to Spain´s brand. There are more and more Spanish training centers that are succeeding internationally”

For its part Columbia, also showed “great enthusiasm in promoting together with ISDE an academic project of this importance and global relevance”.

If this initiative is successful, this could intensify the relationship between the two, not only with the design of new courses, but also the exchange of students for their respective programs on both sides of the Atlantic. In fact, in order to strengthen these links, Columbia is selective. Its only European partner, apart from ISDE is the Sorbonne (Paris).

ISDE ranks first in Spain, third in Europe and is the world’s fourth-ranked with the most referenced programs in the Innovative Law Schools 2014 Ranking by Financial Times, a total of 18 programs Furthermore, ISDE is Spain’s number one Law School in number of international graduates, according to a ranking of Law Schools published in the first issue of the new legal supplement of the newspaper La Razón, with 139 students graduating each year from abroad. Finally it is important to indicate that ISDE returns to lead the category of Advocacy in the rankings conducted annually by the EL MUNDO newspaper. This is a recognition that ISDE received for the ninth consecutive year.

An Academic Institution that, since its birth has been concerned with providing legal training of the highest level, both in Spain and outside its borders. Today more than 200 law firms from nearly 40 countries, make up the global and inclusive project of ISDE.

The ISDE has become a pioneer in launching innovative Master programs and is placed in the top positions of the most recognized rankings, not only nationally, as in the case of those developed by the daily newspaper, La Razón and El Mundo; but also in the British Financial Times, who has reserved ISDE a place of honor in its listing of Global LL. M’ s, where ISDE has been recognized as the Spanish center with the largest number of programs referenced.