David Casserly is a barrister specialising in the areas of sports law and international arbitration. He is a member of the Bars of Ireland, England &Wales and NewYork. Mr Casserly regularly represents a wide variety of clubs, individuals and organisations before various international tribunals, in particular the Court of Arbitration for Sport. He has acted for some of the world’s largest sporting organisations in arbitration and litigation proceedings, including FIFA,UEFA and the IRB. He previously acted as Legal Counsel and Head of Mediation for the Court of Arbitration for Sport in Lausanne, during which time he was the CAS Legal Counsel at the Commonwealth and Olympic Games.

He also previously practised in the international arbitration departments of Shearman & Sterling in Paris and Lévy Kaufmann-Kohler in Geneva, as well as completing an internship at the ICDR/AAA in New York. Mr Casserly is an accredited mediator and a Fellow of the Chartered Institute of Arbitrators. In addition to acting as counsel, he regularly sits as an arbitrator or mediator, or as chairman of antidoping tribunals. He also lectures on sports law and arbitration law in Ireland, Spain and Switzerland. Mr Casserly is an accomplished sportsman, with representative rugby honours 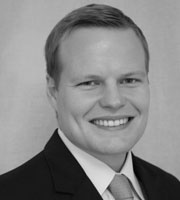