He began as a State Attorney acting as Agent for the Kingdom of Spain before the European Court of Justice. He also served as the Legal Advisor to the Spanish government during the negotiation of the Treaty on European Union. He later joined Cuatrecasas Abogados, where he founded and then led the arbitration and litigation practice for more than 16 years. From 2004 to 2008, he served as managing director of the firm.

Antonio has now established his own firm, Hierro Estudio Legal, S.L.P., specializing in arbitration. He acts exclusively as an arbitrator, focusing on international commercial and investment-treaty arbitrations conducted in Spanish, English, and French before the most prestigious international courts in the world. He has been invited to join centers such as the ICC International Court of Arbitration, the LCIA, the CIETAC, the AIAC, as well as the main arbitration centers in Latin America and in the Iberian Peninsula. Antonio also serves on the ICC Institute of World Business Law, the ICC Commission on Arbitration and ADR, and on the ICC Latin American Committee. He is also a founder, former President, and now an Honorary President of the Spanish Club of Arbitration.

He is editor-in-chief of, among other publications, “El arbitraje comercial internacional en Iberoamérica,” Wolters Kluwer (2009 and 2012) and the “Anuario Contencioso [Litigation & Arbitration Yearbook],” Wolters Kluwer (from 2009 to 2018).

Antonio has also been widely recognized by, and received several awards and distinctions from, governments (e.g., the French Republic), universities (Profesor Honorario at University San Ignacio de Loyola in Lima, Peru) and other public bodies, in both Europe and Latin America. 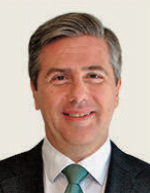